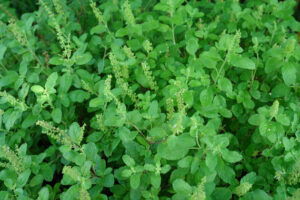 The Story of Tulsiji – Part 2

In the previous article about the incarnation of Tulsiji, we read how Tulsiji incarnated after the death of Vrunda. This article will show you the alternative history as it appears in Shri Devi Bhagavata Purana. In this version of history, Tulsiji is regarded as an avatar of Lakshmiji, the goddess of wealth and the wife of Vishnu.

The Story of Tulsiji – A Curse and A Boon in Heaven

As the story goes, Vishnu had three wives: Lakshimiji, Saraswati, and Ganga. Once Ganga was with Vishnu. Saraswati saw this and became insanely jealous. In her rage, she dragged Ganga to the ground. Lakshmiji ran to rescue Ganga. This made Saraswati angry with Lakshimiji also. Hence, she cursed her to be born as a tulsi plant on earth. Ganga and Saraswati cursed each other to be incarnated as rivers on earth.

As a result of this, Ganga and Saraswati were incarnated as rivers on earth. On the other hand, Lakshmiji was incarnated as the daughter of Dharmadhavaj, Tulsi and later as a plant: tulsi. Vishnu felt deeply for her and thus gave a boon to Lakshmiji that even though she will be incarnated as tulsi on earth, one part of her will stay forever with him.

Birth of Tulsi – A Curse and A Boon on Earth

Here on earth, there was a devotee of Lord Shiva, King Vrishadhvaja, who banned the worship of all the gods except Shiva in his kingdom. The Sun god was furious and cursed him that Lakshimiji (and hence wealth) will abandon him. As the years passed, the king and his only son passed away. However, his grandsons – Dharmadhvaj and Kushadhvaj – carried out severe penance to win back the favor of Lakshmiji.

As a reward for their penance, both brothers had daughters – Tulsi and Vedavati – respectively. Lakshmiji was born as Tulsiji due to the curse of Saraswati. Tulsi renounced all her worldly pleasures to perform tap to attain Vishnu as her husband. Lord Brahma was pleased by her tap and gave her a boon that she will be married to Vishnu. However, there was one condition that Tulsi will have to marry a demon named Shankhachuda before she could marry Vishnu.

Sudama, Lord Krishna’s childhood friend, was born as Shankhachuda, a demon due to a curse. Shankhachuda performed tap, and Lord Brahma gave him Vishnu kavach. Brahma also said that nobody will be able to kill him if he had Vishnu kavach and his wife’s chastity. Shankhachuda and Tulsi were married. Being a demon, Shankhachuda was full of pride and terrorized everyone on earth.

To slay Shankhachuda, Lord Shiva challenged him to war. On the other side, Lord Vishnu went to Tulsi to break her chastity. Vishnu went to Tulsi as Shankhachuda. Tulsi performed her duties as a wife breaking her chastity. During the act of love, she realized that he was not her husband. Vishnu appeared in his true form, and on his order, Tulsi abandoned her body to return to swarglok with him. The body of Tulsi became Gandaki river, and her hair became the sacred plant, tulsiji. Shankhachuda was killed as his wife’s chastity was broken. Sudama was freed from the curse.

Tulsiji is revered for her purity and chastity even today. It is considered to be the purest plant on earth. Nothing is ever offered to Vishnu without a few leaves of tulsi.

Both the stories of Tulsiji have one thing in common – the chastity of Tulsiji as a person. Till today, Tulsiji is married to Lord Vishnu every year as he considers her as his soul mate. The purity of Tulsiji is intact in all her lives in heaven and on earth.

PrevPreviousConfronting Death
NextWhy Is Mango The King Of Fruit? My ObservationNext

Origine Story Vedic Devata Stories Will Be Updated Soon, Be patient! Attributes The energy field which gets developed in the southwest direction very dark brown 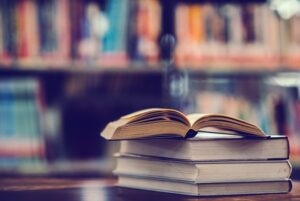 What happens with the one who blindly pursues avidya? A verse in the Kathopanishada portrays a vivid picture of such a person अविदयायामन्तरे वर्तमान :

Our Upanishads often talk about vidya and avidya. What is vidya? true knowledge, and what is avidya, something that is not true knowledge? According to 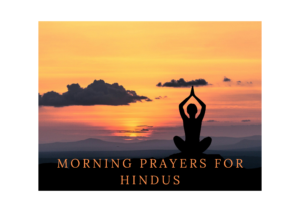